Five or So Questions with Rafael Chandler on The Astounding Antagonists

What was your inspiration for The Astounding Antagonists?


In comic books and films, people with superpowers commit violent acts in the name of justice. A while back, I started thinking about heroes, and how they might be designated as criminals or villains if their idea of 'justice' differed from the status quo. And the novel emerged from that idea.


Are these characters antiheroes, true heroes, or just freakin' awesome superheroes, and why?
In the novel, they're referred to as villains, and they embrace the term, because they steal, destroy, and kill. However, they believe that their actions are justified, so they do see themselves as heroic.


Tell me a little bit about Helen Damnation!
She's an blue-skinned extraterrestrial who wears a suit of high-tech armor developed by Dr. Agon. It turns out that the armor doesn't do what everybody thinks it does. Helen is somewhat contemptuous of any society that values material wealth. She likes dogs. She enjoys sweets. She's fiercely loyal to the people that she loves. Though she will not kill, she enjoys combat, and is quite proud of the scars that she has earned. 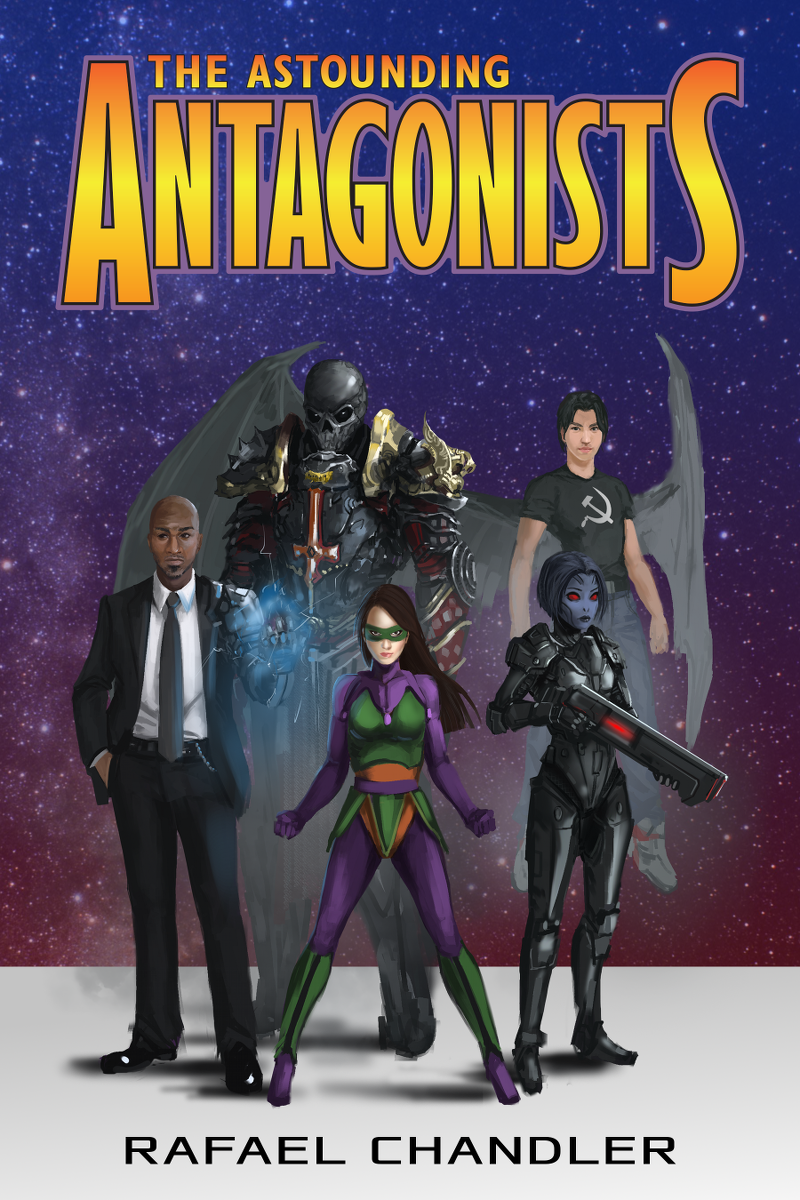 Your RPG work is known for being a little gore heavy. Is it the same with this work?
It's not particularly gory. Like my previous novel (Hexcommunicated), this is a fast-paced adventure. There's some violence, and if it were a movie, it'd be rated R -- but it's nothing like the splatterpunk work I do in RPGs.


What's up next for you, post-Astounding Antagonists?
I'm working on the second book in the Agent Tepes series; it's called Hextermination, and it features shoggoths, ghouls, and witches. Should be fun! Also, I'm nearly finished with my kickstarted monster manual, Lusus Naturae. Very excited about that.


Thanks so much for the interview, Brianna! The Astounding Antagonists is available here:

Email ThisBlogThis!Share to TwitterShare to FacebookShare to Pinterest
Labels: books, five or so, interviews, writing