Five or So Questions with Rafael Chandler on Lusus Naturae

Tell me a little about Lusus Naturae. What's there to make people's skin crawl?

Lusus Naturae is a collection of monsters for old-school tabletop RPGs. It uses the Lamentations of the Flame Princess system, so people who enjoy other retroclones (or older versions of D&D) will be able to use these monsters right out of the book.

Lusus Naturae (Latin for "freaks of nature") is currently crowdfunding here: https://www.kickstarter.com/projects/rafaelchandler/lusus-naturae-a-gruesome-old-school-bestiary We've hit our initial goal, so the project is funded. Over the next 23 days, we're hoping to reach our stretch goal so that we can go full-color.

As for what makes people's skin crawl... I'm hoping that gamers will enjoy the monsters the way I do! I adore horror of all kinds: cosmic horror, splatterpunk, body horror, and so on. This bestiary will feature all of the above.

Without divulging any spoilers (I don't like it when people ruin surprises), I will say that many of these entities are driven by peculiar compulsions, or attracted to human vice. They feed on hatred, fear, wickedness, and innocence. They commit -- or coerce others into committing -- ritual murders and other horrid crimes. They establish violent religions, lurk in lightless depths, and build citadels from the corpses of children.


Where do you get your inspiration for monsters?

Typically, I try to get into the right mindset by listening to metal -- Ulcerate, Enslaved, Altar of Plagues, Goatwhore, that sort of thing -- and thinking about cruelty. I always ask myself, "What's the worst thing one could do in this situation?" 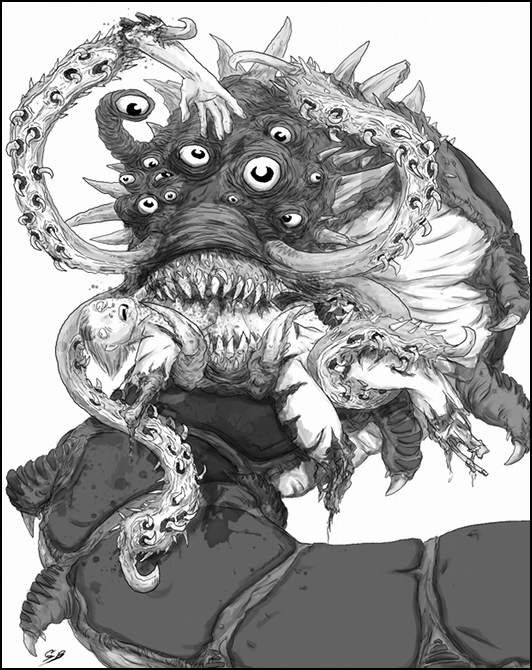 What makes Lusus Naturae different from your other projects?

Last year, I released a bestiary called Teratic Tome; it featured new versions of classic monsters, such as orcs, dragons, and demons. By contrast, Lusus Naturae will primarily consist of all-new entities. In addition, some of the monsters in this book will be drawn from the myths of my Peruvian ancestors; I've never really delved into that subject matter before, and it's quite enjoyable.

For example, Ai Apaec is the chief god in the Mochica culture; he's typically depicted as a spider-human hybrid with a knife and/or severed head in his hand. He's known as the Decapitator, and his worshipers believed that he would reward violent and painful human sacrifice with abundant crops. As a rule, I'm not interested in history or authenticity, but this is the sort of thing that I love.

There's one other thing that makes Lusus Naturae different: instead of selling it through print-on-demand via Lulu, I'm working with a printer. This book will feature glossy paper and a sewn binding, and perhaps even full-color interior artwork. I want to create a quality book, and crowdfunding makes it possible to produce something beautiful and durable.


How do you decide what artists to hire for your projects, especially ones with so much variety like this?

I like my artists the way I like players at my table: ready to bring the gore and brutality. I've been lucky to work with a number of very talented people!

Gennifer Bone and I have worked together many times; she illustrated all of ViewScream, and contributed artwork to Pandemonio, Teratic Tome, and Bad Myrmidon.

Last year, she suggested that we work on a major project, something significant. I had been mulling over the idea of a new bestiary, but had planned to work with several artists. But I wondered if it might not be better to have a single person tackle all of the artwork for the book. Genn hits her deadlines, and she's fun to work with. So I said yeah, let's do this. 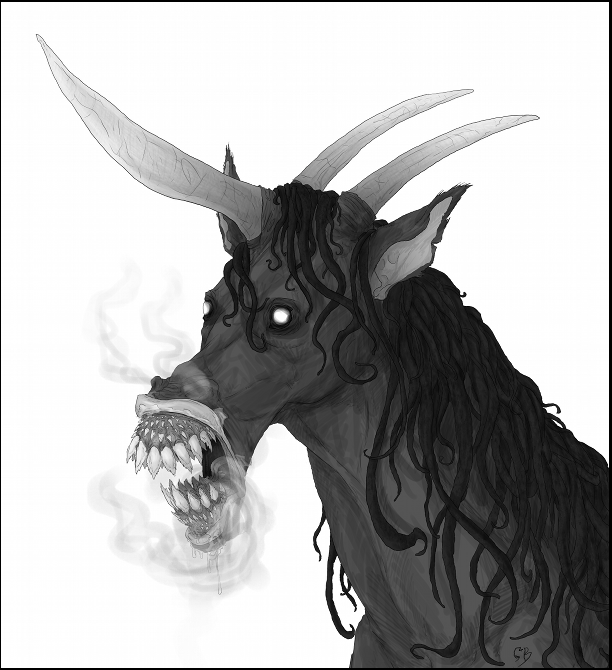 What's up next? Can we expect more gore from you sometime soon?

I'm working on Obscene Serpent Religion, a sourcebook for LotFP which features face-melting artwork by Sandy Jacobs-Tolle, Sarah Richardson, and Wayne Snyder. This book's look and feel (square, dark, and vile) are meant to evoke the vinyl album produced by a black metal band. We'll see if that works.

Beyond that, I'm working on a sourcebook called Exhumed Errata, which is my take on epic fantasy. No gore, just strange magic, wondrous weapons, and a new character class. Natalie Bennett and Quinn Murphy are my co-writers on this one.

My second novel is nearly finished; it's called The Astounding Antagonists, and it's about a group of supervillains gearing up for one last heist. It's fun, frantic, and action-packed! Features a wraparound cover by the incredibly talented Claudia Cangini.

And, of course, there's my day job (story designer and scriptwriter in the video game industry). I've got a new game coming out soon, but I'm not allowed to talk about it until later in the year!


And thank you, Rafael! Looking forward to all of your projects! 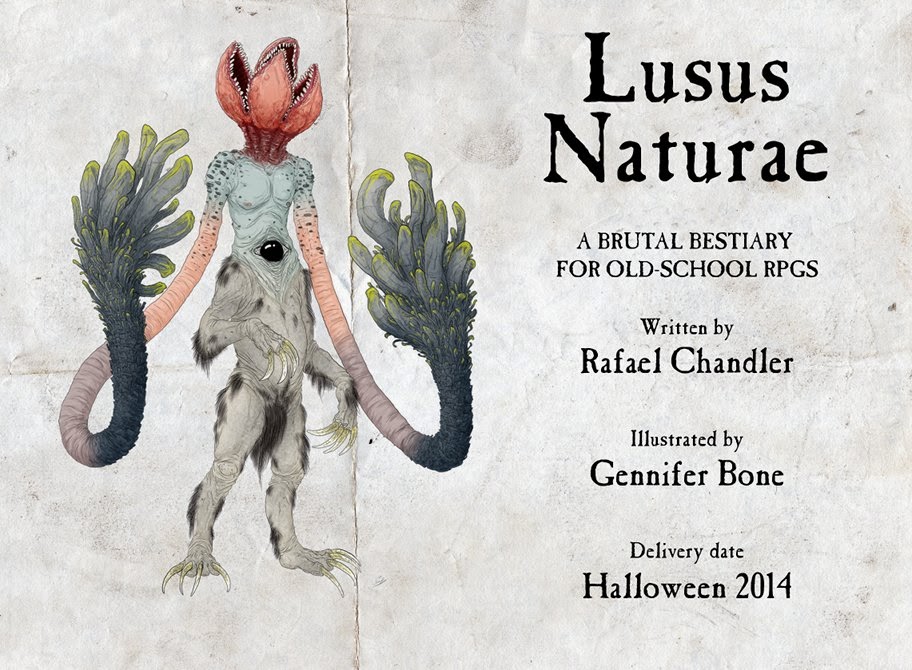